Next week, on August 21, 2017, the United States will be the only land mass in the world where a total solar eclipse can be seen. The Eclipse will come ashore on the coast of Oregon at 10:15 AM, Pacific Daylight Time and will cross over the South Carolina coast near Charleston at approximately 2:49 PM, Eastern Daylight Time.

Portions of 12 states between Oregon and South Carolina will experience totality (total darkness). As it passes over those 12 states, it will cross every major north-south interstate highway and many of the east-west interstates in the US. The totality will pass over the following cities;

The totality will just skirt the edge of St. Louis, MO.

This event isn’t the end of the Earth nor does it have any dreaded meaning unless you happen to be among the millions of people who will be out driving during the period of totality. Driving during the totality should be no big deal; it’s just like driving at night.  However, the roads in the area of totality are going to be packed and the totality is going to be a huge distraction as many drivers take their eyes off the road to try to view the sun.

During totality, the sun will be totally blotted out for up to two-and a half minutes and only the sun’s atmosphere (corona) will be visible. For many it will be a once in a lifetime sight. It’s not a sight you want to try to view while driving at highway speeds.

If you’re going to be on the road during the event, it’s best that you pull off the road and stop before totality arrives. It will be best to get out of your vehicle to experience what, for most of us, will be our only chance to witness a total eclipse.

Don’t just pull off the road; exit the road completely. If you’re on an interstate or limited access highway, exit the highway before totality. If you’re on a city street, pull into a parking lot. Pulling off on the shoulder will be too dangerous because there will be so many distracted drivers, you can easily be hit.

To see what time the area of totality will pass over your location, go to the eclipse map  and click on your location. All times on the map are in UTC or Greenwich mean time which is six hours ahead of Eastern Daylight Time.

Drive safe and enjoy the view!

To My Friends In Atlanta

The City of Atlanta suffered a crippling fire yesterday that’s going to tie up traffic in the area for months to come. A large plastic tubing storage area underneath a bridge on Interstate 85 near downtown Atlanta caught fire and the resulting heat weakened the bridge structure causing it to collapse.

Highway officials and engineers say the damage isn’t limited to just the section of bridge that collapsed but also to adjacent roadways. The bridge collapse has shut down a major artery into downtown Atlanta that carries hundreds of thousands of cars each day. Since there’s no idea yet on the extent of the damage, there’s no word on how long repairs will take. Needless to say, Atlanta traffic is going to reach even greater nightmarish levels over the coming days and months.

In past articles, I’ve written nostalgically about my early days learning to drive in the City of Atlanta. For a while, I even worked as a tour guide, driving passengers in a small bus to all the interesting sights in and around the city. In those days, Atlanta drivers took great pride in their courtesy to each other. In fact, my tourists used to comment on how courteous the drivers were in Atlanta compared to their home cities. Those days are long gone!

The explosive growth of businesses in and around Atlanta brought millions of people from other parts of the country to Atlanta in search of jobs. The population of metro Atlanta swelled from just over a million people when I graduated from high school to almost six million today. Many of those transplants from other areas of the country brought their bad driving habits with them and the folks with bad driving behaviors soon supplanted the older, more courteous native Atlantans.

Their driving behavior became so bad that Atlanta is now listed among the top cities with the worst aggressive drivers and road rage incidents according to periodic surveys by AutoVantage, an online insurance company. In fact, Atlanta passed New York and Miami in the road rage rankings.

The collapse of the I-85 bridge is going to test Atlantans in ways not seen since General Sherman’s visit in 1864. If Atlantans stick to their current driving behaviors there’s going to be a lot of chaos on Atlanta roadways. There are going to be a lot more incidents of road rage, car crashes, and, unfortunately, a lot more deaths and injuries than normal.

The only way Atlantans are going to make it through this intact is if they fall back on those old fashioned driving behaviors exhibited by Atlantans many years ago. That means;

If Atlantans were to try this radical new idea, they’d probably be very surprised to find that traffic will flow much more quickly and smoothly. It’s the smartest and safest thing to do. If not, they should run to their hairstylist, get a Mohican haircut, put on the spiked hubcaps, and mount the harpoons and mini-Gatling guns to the hoods of their vehicles because it’s going to be just like a Mad Max movie.

All too often, drivers either ignore railroad crossing warning signs or assume the warning doesn’t apply to them. Yesterday, four people lost their lives and seven people were critically injured after a bus that was stuck on railroad tracks was hit by a train.

This wasn’t the first crash involving a stuck vehicle and a train at that railroad crossing. Just two weeks ago, a Pepsi delivery truck became stuck at the same crossing but, fortunately, no one was injured in that crash.

Many railroad grades have steep sides that make it dangerous for vehicles such as semi-trailers and buses that have very little ground clearance. Even some cars that have been modified can become stuck at these crossings.

One of the mistakes made in this instance was that the bus driver failed to immediately evacuate the bus as soon as he became stuck. Instead, a few people got off but most remained onboard while the driver tried to move his bus off the tracks. Had the bus been evacuated and the people moved far away from the tracks, the loss of life and injuries could have been minimized.

It’s important to remember that a fully loaded freight train carrying a lot of weight can take up to a mile before it can be brought to a complete stop. When approaching railroad crossings, look at and pay attention to all of the warning signs. If you think your vehicle may not make it across, turn back and look for another nearby crossing.

The year 2016 will ring out on Saturday, December 31 and, to make sure you live to see 2017, a lot of organizations throughout the country are offering safe ride programs with free cab rides or free tows for those who have had too much to drink.

In Jacksonville, FL, the legal firm of Farah & Farah is once again offering free cab rides for those who have had too much to drink. To take advantage of the offer, call (904) 396-5555 on New Year’s Eve or visit: keepjaxsafe.org.

In the Washington DC area, free cab rides are being offered by the Washington Regional Alcohol Program (WRAP). The “Sober Ride” program covers DC and most local cities and counties in the VA, MD, and DC area. The cab rides are free for trips up to $30 and the rider is responsible for any fares over that amount. To call a cab, don’t call the cab company,  but, instead, contact the Sober Ride program (1-800-200-8294) and place your request with the operator, who will place your request with the corresponding cab service. AT&T customers can simply dial #WRAP from their cellphones.

The American Automobile Association (AAA) is offering free and discounted rides and tows throughout the country. For a list of AAA clubs that are participating, visit: Holiday Safe Ride Program

These are just a few of the holiday free and discounted ride programs. For safe ride programs in your area, Google “holiday safe ride” or “NYE sober ride”. You can also check with your local newspaper or TV stations.

Have a safe and happy New Year! 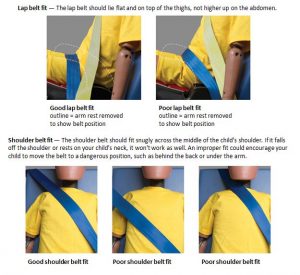